Timeline is based on various info from websites, for example this Facebook group, the police report and comments from people that knew Jeremy. 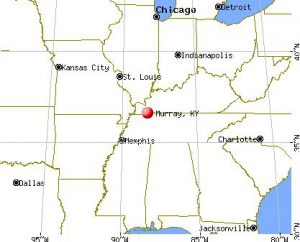 For more detailed info on Murray check this website.

Dec 1978
Jeremy’s parents, Joseph and Wanda Delle, buy a house in the 3700 block of Classic Drive in the Dallas suburb Garland

April 1979
Joseph and Wanda separate after marriage of 9 years.
Jeremy is 5 years old and his sister is almost 9.

July 1979
Joseph and Wanda Delle divorce and sell their house in Garland.
Wanda becomes the managing conservator of Jeremy and his sister, Joseph to pay child support


April 1983
Joseph and his second wife separate and divorce

Wanda gave an interview to WFAA on October 2018, revealing pictures of young Jeremy from the early 1980’s. She also told the world about her sons artistic talents. Given his young age, Jeremy showed remarkable talent in drawing. He won first of shows at the Texas State Fair on 1982/3 with an elephant painting. Drawing is a skill and though some people may have a talent, it takes dedication of time, effort and creativity to develop it. Drawing requires strong eye-hand coordination which may explain why Jeremy is also said to have been a good drummer.

Aug. 1984
Jeremy enters Lakewood Elementary School in the DISD for the 1984-86 school years while living with his sister, mother and her husband in a house in the 2600 block of San Paula Drive in Dallas.

May 1986
Wanda buys a house in 2600 Jonesboro, Dallas. Jeremy enrolls in grade 6 at Truett Elementary School in DISD for 1986-87 school year while living at Jonesboro house

comment: W.H. Gaston MS; a typical middle school building. They have a top notch soccer field though and the neighborhood was decent. Is there any info on how this place appeared in the 1980’s concerning teachers & class quality; which makes or breaks school experience.

If you got anything to contribute or correct, please don’t hesitate to drop me a line, Email or write a comment below!